Warning: "continue" targeting switch is equivalent to "break". Did you mean to use "continue 2"? in /home/teasha5/public_html/wp-content/plugins/social-networks-auto-poster-facebook-twitter-g/inc/nxs_functions_engine.php on line 173

Warning: "continue" targeting switch is equivalent to "break". Did you mean to use "continue 2"? in /home/teasha5/public_html/wp-content/plugins/social-networks-auto-poster-facebook-twitter-g/inc/nxs_functions_engine.php on line 180

Anti-malware company Avast announces the release of RetDec, a retargetable machine code, as open-source software designed to enhance the fight against malicious code.

RetDec is now available on GitHub under the MIT license, which means that security professionals can modify their source code and republish it.

At Botconf 2017 in France earlier this month, RetDec provided an approximation of converting machine code – the binary executable – into the original source code.

Disassembly Converting Binary Code to Assembly Code – Some Readable Representation of Machine Code – An anti-compiler attempts to go back to a higher-level source code language than to a specific processor – more like C The code is readable.

He said that the existing open source anti-compiler provides an alternative, but these do not always achieve the proper stability, code readability, and quality.

RetDec is not only helpful to security researchers, but also to developers who are interested in working on their code compilation and reverse engineering projects.

RetDec stands for Retargetable Decompiler, which means that it can be used to code different 32-bit architectures such as Intel x86, ARM, MIPS, PIC32 and PowerPC in different formats – ELF, PE, Mach-O, COFF, Original machine code.

As a machine code decompiler, RetDec is not suitable for decompiling bytecode from Java, Python, or .Net source files.

Because the code compilation process discards useful information, the inversion process tends to be far from the original information, just as the lossy algorithm compresses the image and then re-amplifies it.

If the author of the code tries to obfuscate it, decompilation can become more difficult.

“The decompiler is not limited to any particular target architecture, operating system or executable file format:

This tool currently only supports Windows (7 or later) and Linux, but prebuilt packages are only for Windows.

Provided by the IDA (Interactive Disassembler) plug-in, the tool can decompile files directly from the IDA disassembler.

RetDec is a powerful utility that allows you to optimize the reconstruction of your original source code by using a large number of supported architectures and file formats, as well as internal heuristics and decoding and refactoring applications. “

Avast also provides web services decompiled in the browser, an IDA plug-in, and a REST API that allow you to create applications that can interact with RetDec via HTTP requests.

The decompiler can use retdec-python through the API.

The original curated post is from Safe Harbor on Cyber.com 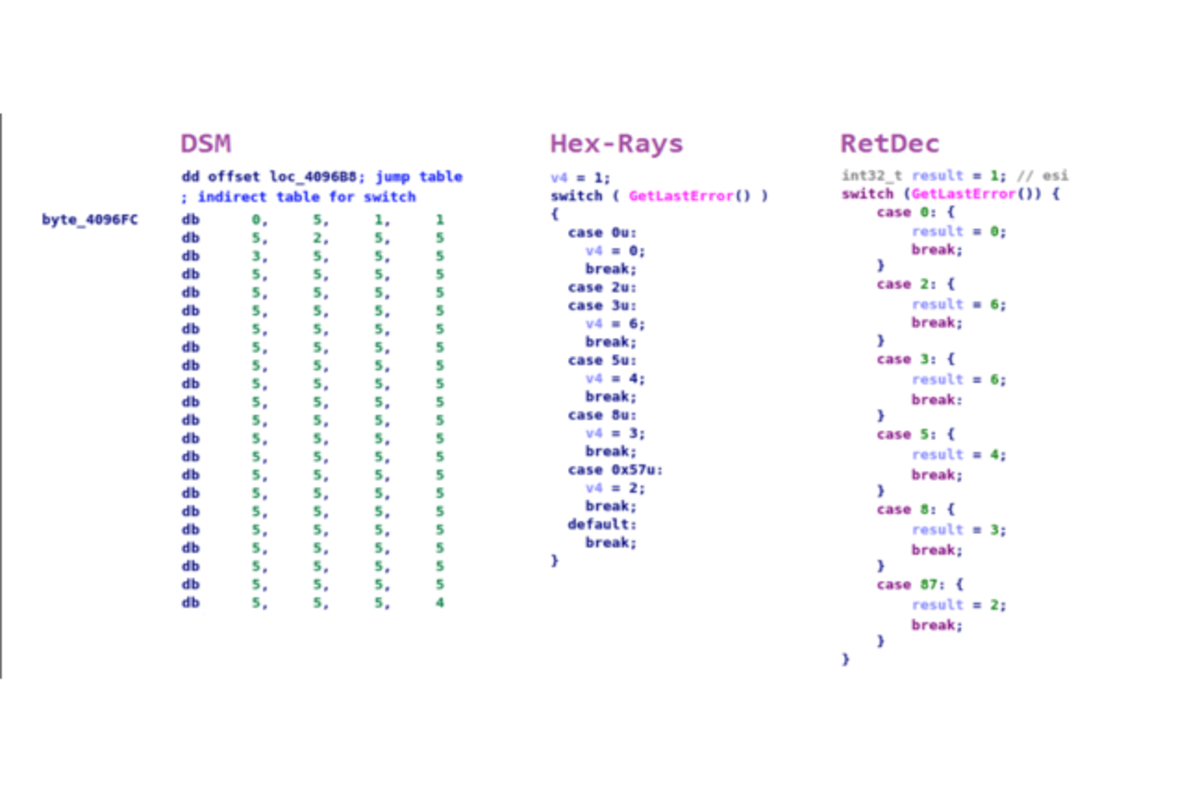